Hand in the River 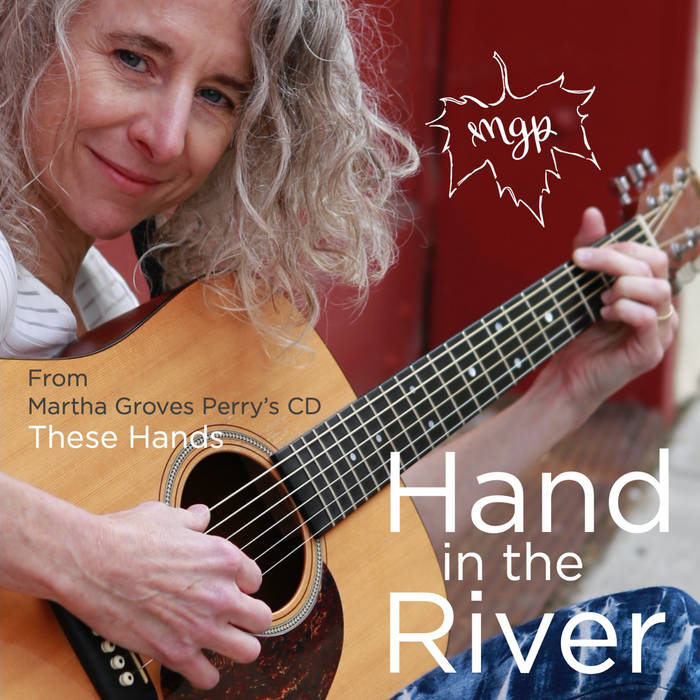 This song is about coming to terms with a time when many beloved people in my life took the next part of their journey. There were many who left, all in close succession, including a dear friend, co-workers I adored, and my producer and his wife (who relocated to Nashville). Others passed away, including a Belgian childhood friend who died by suicide, and my husband’s mother, who died suddenly not long after I wrote the song. I played it at her memorial service and received a lot of encouragement to make sure this one made the CD.

It’s another song in which the first two verses came to me, lyrics and all, in a dream. It reminds me of paddling down the Blue River in Indiana in a canoe, which I did several times as a kid and teenager, sometimes dragging my hand in the water. The Blue River empties into the much larger Ohio river, which is what the song gets at … processing loss into an understanding of a new, larger reality that I need to roll with because it’s big and beautiful. It felt at first like just a campfire song, but Kenny Schick, my producer, created so much more, including the feeling of being in the canoe. It starts out a little pained and sad, then comes to the beginnings of acceptance in the second verse and even grace in the third. It’s a happy, bittersweet song that I hope means something to you.

Hand in the river holding on
Missing the people who have gone
Slip through my fingers, memory lingers
Whispering names into the dawn

Hand in the river letting go
Releasing the people that I know
Yield to the changes, a heart rearranges
Just being carried by the flow

Hand in the river feeling grace
Seeking reflections of a face
I’ll flow with the river, be a forgiver
Pray that my heart is keeping pace

from These Hands, released March 1, 2020
In addition to songwriting, lead vocals, and writing the harmony vocals, I played acoustic guitar and performed backing vocals on this song. Kenny Schick, my producer, also sang backing vocals and played or programmed all of the other instruments. Kenny recorded his parts at Basement3Productions in Nashville, TN, and I recorded my acoustic guitar and vocal parts in September 2018 with Don Budd at ToneFreq Studio in San Jose, California.