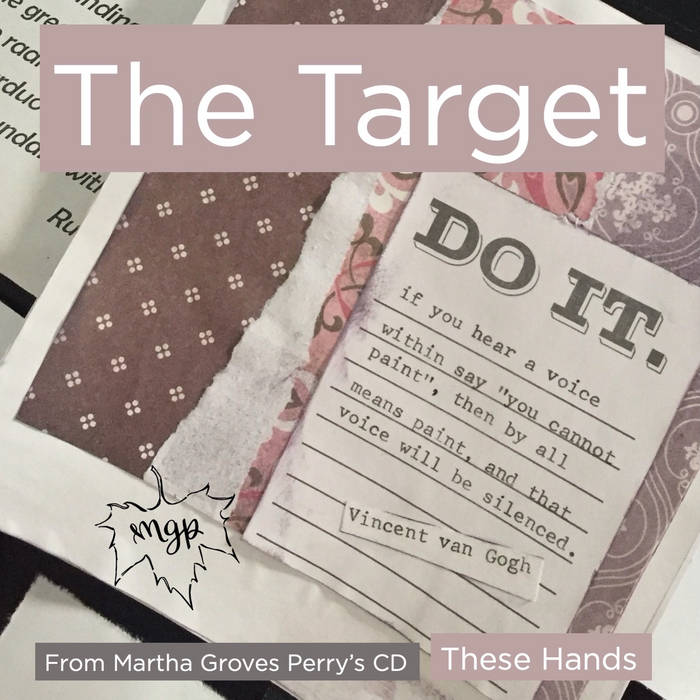 This is the kind of song I swore I would never write: I call them bossy songs, telling people what to do. Nevertheless, it came to me in a dream complete with lyrics for the chorus, so I ran with it. It’s insanely catchy, and if anyone else whistles my music around the house when I’m done practicing, it’s most likely this song.

I played it out (not terribly well to be honest) for the first time at a gig in Monterey, California just a few weeks after I wrote it. When I was finished, a guy jumped up in the middle of the set, ran to my merch table, grabbed my EP (Something Good, released in 2016), and asked urgently if this song was on the EP. I stammered out that uh, no … sorry … I just wrote it. Much later, when I posted on social media that I was starting this CD project, he posted within minutes, requesting that I include this song (THANK YOU, Dave Anderson!). This is all kinds of awesome to a singer-songwriter <3.

It’s a song about embracing the process and not fixating on the goal, and about the relationship between them. It’s also about how to be as happy as I can in this life, when sometimes I want to curl up in a ball and hide from sheer frustration and exhaustion. It’s mostly about being really, really happy to work on music even when it sometimes seems pointless and daunting. It’s a simple, pan-banging, joyous, fun, jumping around kind of song. I love the Ska vibe Kenny, my producer, put on this one, which adds to its playfulness.

You’re on your own but not alone
Lose yourself within the stream
Result unknown, resilience sown
Keep your heart turned to your dream

A breathing space, uncertain face
You are way out on a bough
A hiding place has been erased
Take a look around you now

One eye on the moment, one eye on the mark
The chase is the objective; the target is the spark
Watching every moment for the next right thing
Even unexpected paths deciphering

When no one’s there do you dare
Work towards who you’re meant to be?
Your heart’s aware how much you care
About the gifts you have to bring

from These Hands, released March 1, 2020
In addition to songwriting, lead vocals, and writing the harmony vocals, I played acoustic guitar and performed backing vocals on this song. Kenny Schick, my producer, also sang backing vocals and played or programmed all of the other instruments. Kenny recorded his parts at Basement3Productions in Nashville, TN, and I recorded my acoustic guitar and vocal parts in September 2018 with Don Budd at ToneFreq Studio in San Jose, California.